END_OF_DOCUMENT_TOKEN_TO_BE_REPLACED

I read a great little post by Lizard about her morning.  It is a great depiction of the pain of waking up and the joy of finishing.  It takes a while to learn that there’s nothing as rewarding as getting up to run.  It always delivers.  Liz’s morning: 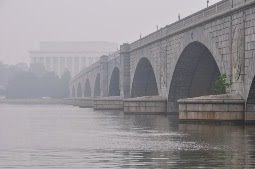 • Remember that you need two socks. Damnit!
• Find second sock. Sock #2 is different thickness than sock #1. Debate how much this will bother me while running.
• Decide “A lot”, look for different sock.
• Fail at finding new sock, suck up the different thickness socks.
• Reach for caffeinated Gu.
• Discover lack of caffeinated Gu. Curse.
• Look for gloves. Find gloves. Rejoice!
• Look for Ipod. Remember have not charged iPod in 4 days. Curse.
• Attempt to tie shoes while wearing gloves. Fail. remove gloves, tie shoes. Leave house
• Step outside. Note that it is raining. And cold. Curse.
• Go to start watch. Notice that you forgot watch. Curse
• Begin to notice how pretty everything is all covered in fog
• …until the second running step when it becomes clear that water on the streets is turning into big sheets of ice.
• Run slow so as to not slip. (yeah. That’s it. That’s *exactly* why I run slow)
• Notice that ass has frozen and seems to be bouncing independently from my body.
• Bitch about ice on ground.
• Suspend bitching once sun rises and I notice how pretty the National Mall looks.
• Resume bitching when submerge foot in big puddle.
• Dream about the wonderful DC Spring weather, and the Cherry Blossom 10 Miler, conveniently forgetting that I am allergic to the cherry blossoms and will in no way be able to run while they are in bloom.
• Be annoyed that socks are different thickness and one shoe is looser than the other.
• Round the end of the Mall over by Lincoln. Look up at Abe, look at slick steps covered in ice and puddles leading up to Abe, and give him a wave, promising to visit him later.
• Get cold. Start to run faster to warm up and get home.
• Send The Boss mental thoughts consisting of “Make breakfast and coffee…make breakfast and coffee…’
• Stop running fast. Pant.
• Get home.
• Give The Boss a big sweaty kiss despite the fact that he did not get the mental message of “coffee and breakfast”
• Hop in warm shower and think to self “I love running”
• Smile when I realize: I actually meant it. I DO love running.

I’m in to reposting these days so i thought i’d post some good questions from readers today in The Sports Guy mailbag article:

Q: So you’re looking for the four-way version of paper-rock-scissors that makes the most sense? I think I found it: blow-booze-weed-sleep. Yes, booze will defeat blow and weed will defeat booze. Sleep can beat weed and of course, blow beats sleep. Granted I don’t behave this way EVERY day.
— Vaughn, Philly

Q: My friend almost got into an altercation with a guy who had a hook instead of a hand. He contends that having a hook for a hand would be an advantage in a bar fight (for the obvious reasons); but I contend that because the prosthesis included the guy’s forearm, it would be a disadvantage as arm speed and dexterity were reduced with the lack of arm muscle. What are your thoughts?
— Adam, Washington, D.C.

Q: My friends and I were discussing the two-faced lady in the Southwest Airlines commercial that you are so fond of. Well, say one of her faces is eating a banana and the other is eating a corn dog. Would the corn dog and banana touch, or do the faces have two separate throats? They probably share a throat, right?

Nothing else captures America quite like a Sports Guy mailbag.  I love it.