This is post #10 about the Qloud experience.  The previous post was about about how we used got into the Facebook Platform program.  You can read that here.

We decided to pivot the product to become a full-fledged music service.  We also decided to launch our new music service on Facebook before we took it to the main public. 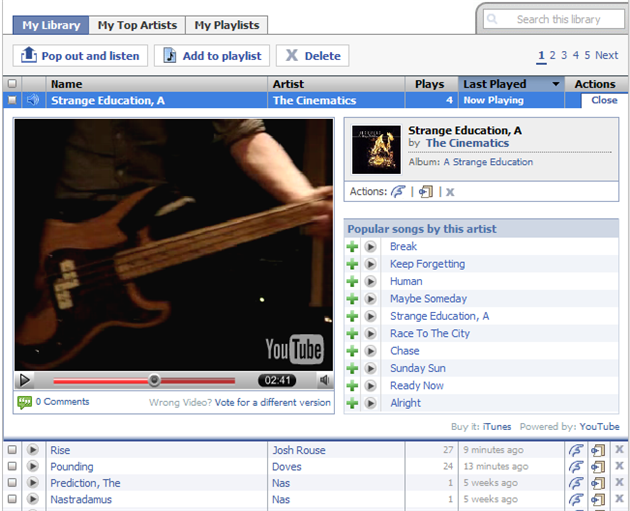 Both decisions were correct and produced great results.

Our plan was to launch on Facebook a month before our website launch so we could claim, “We already have 10,000 people using Qloud on Facebook” in our press release.  We launched on a Thursday.  That night several of us on the team all went to a baseball game in Baltimore.  At the game, i asked, “How many users do you think we’ll have on Monday?  How many would be a success and how many would be a failure?”  After some deliberation, we thought that if we had less than 1000 it’d be a failure.  If we had more than 5000, it’d be a success.  What happened? We had almost 100,000 users on Qloud by Monday.

I’ve told this story many times. We completely underestimated how important Facebook would be and how easy it would be to gain users by using their platform.  Nobody in the industry saw that coming.  It quickly became the easiest, cheapest and fastest way to acquire customers.   Because we launched a product on the first day the platform launched we were able to fully capture that opportunity.