I’ve always thought that the music industry is f’ed and if you’re the number 1 streaming provider and you’re not doing well, something’s wrong. 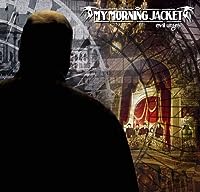 As compiled by Qloud, here were my top artists of last week:

I only played around with it a little bit, but here are my initial thoughts:

The bad:
I’m sure it’ll get better but for now it’s just a repository of music to listen to.   I’ve only played around with it a bit but that’s my initial reaction.
What do you think?

I got a new plugin that feeds me an RSS feed of my top plays of the past week into my RSS feeder.  It’s interesting to see what my top artists are each week.  This week i’ve got:

The Whitest Boy Alive and Born Ruffians are two of my favorite new artists. WBA are really chill and easy to listen to while Born Ruffians are a better version of Clap Your Hands Say Yeah.  I recommend you check both out.